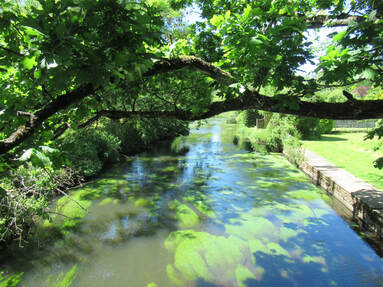 Eversley Bridge
With the promise of a beautiful late Spring Day I set off on the short journey to Sandhurst. After a short stretch of tarmac walking, which wasn't as bad as I thought it would be, a track led to Horseshoe Lake. This is a popular spot for water sports enthusiasts and water fowl. I didn't hang around, preferring to walk in the shady surroundings of the Blackwater River. Here the trail was shared for a while with the Three Castles Path and it was when I was walking along that trail, that the idea of walking the entire Blackwater Valley Path entered my head. Now, here I was! For a while, the walking beteen river and lakes was lovely and, not surprisingly, popular with local dog walkers. The water was clear and I spotted quite a few fish. Soon, there were no more dogwalkers or joggers and I was able to concentrate fully on following the right path, and enjoying the wildlife. When the path veered away from the river and followed a woodland edge towards Eversley I heard the first cuckoo of the year. I think they are becoming rarer and I haven't heard one in my local area for years. Shortly afterwards I spotted a weasel-like creature (stoat?). The animal was dark and tried crossing the path in front of me. Unfortunately it spotted me and disappeared into the shrubbery before I had time to line up my binoculars or take a photo, which would enable me to identify the creature later. Soon I arrived in Eversley Bridge and treated myself to a drink and crisps at the Tally-Ho. I thought I'd sit on the lawn by a tree but was told that I had to sit at a table (Corona virus rules apparently). I also had to check into the NHS app. With hindsight I wondered whether all this palaver was worth it for my Appletizer.
The walk now continued towards Swallowfield. I lost the river and path for a while as I strayed on to a long forest track near the edge of the large Bramshill Plantation. Eventually I emerged from the forest at Well House Farm and found the proper path. Soon I was back walking along the riverside path and reached the place where the River Whitewater joins the Blackwater River to became the Broadwater. Eventually the path left the river, crossed a small wooded area to reach a tarmacked lane. At Rowe's Farm the trail continued on a hedged path that led to Swallowfield Park where I was reunited with the river. Soon I arrived at my destination: the bus stop in the village of Swallowfield. It's been a good long walk and the most picturesque of the three sections. Obviously the unbroken sunshine helped.
My highlights: Wildlife: Useful information:
Transport:  Refreshments: Map: OS Explorer 159 (Reading, Wokingham & Pangbourne) 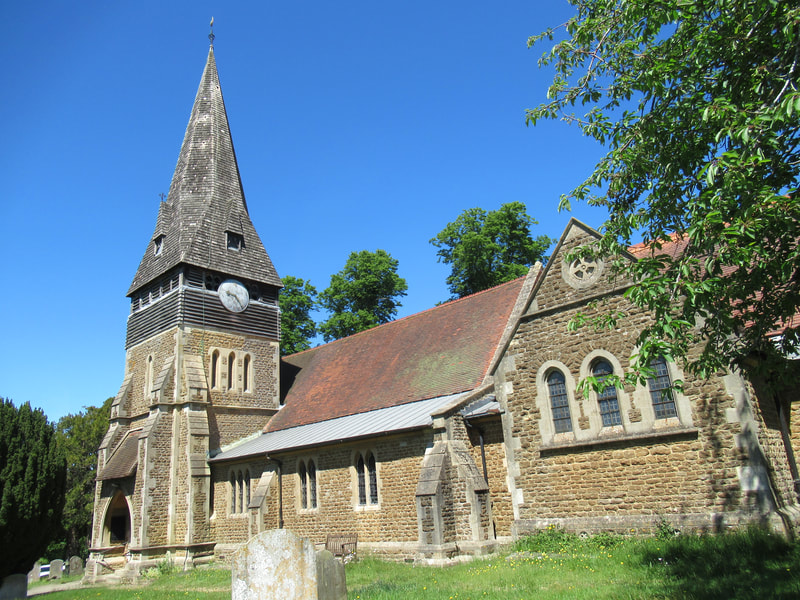 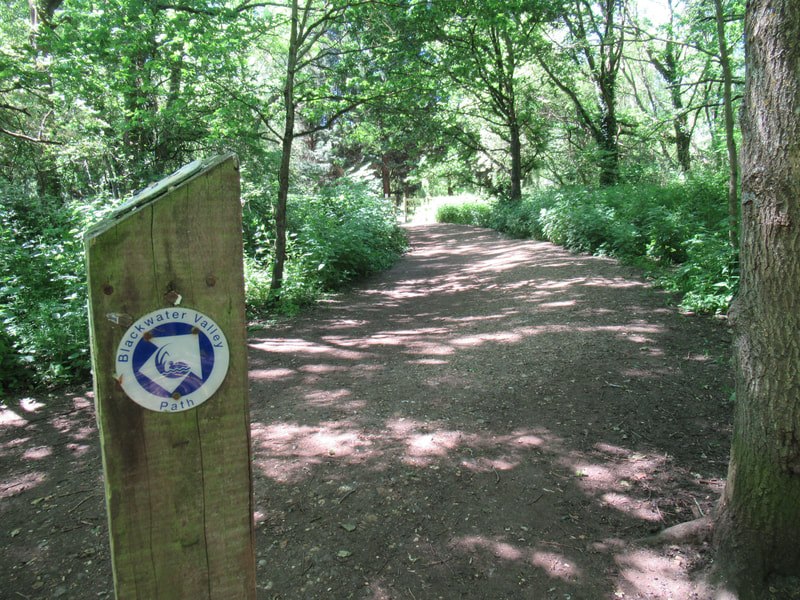 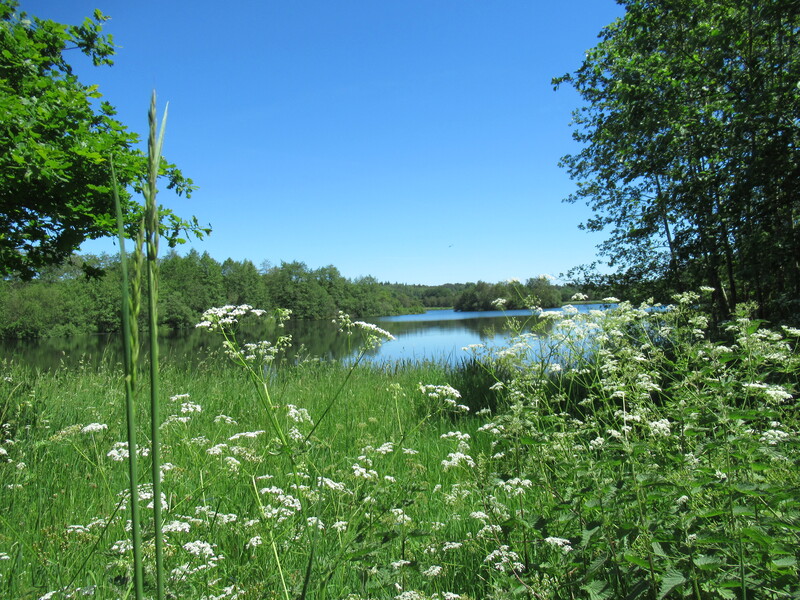 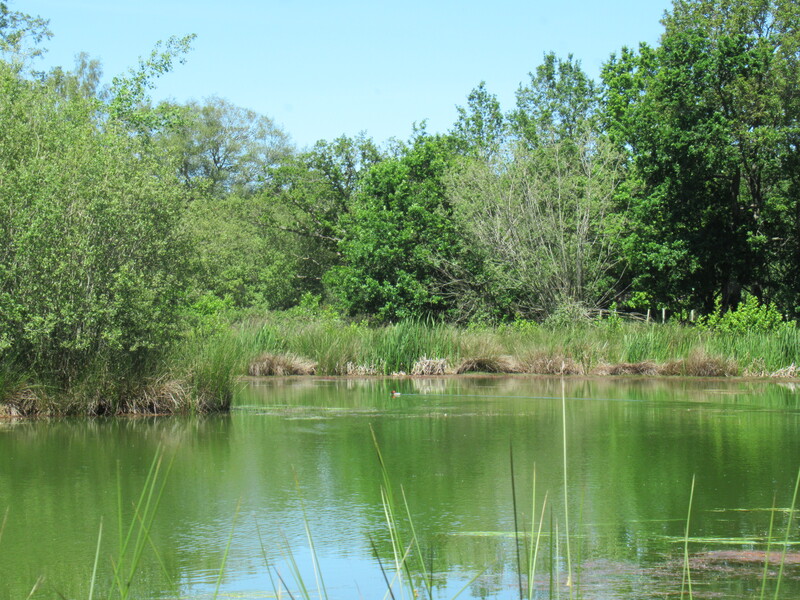 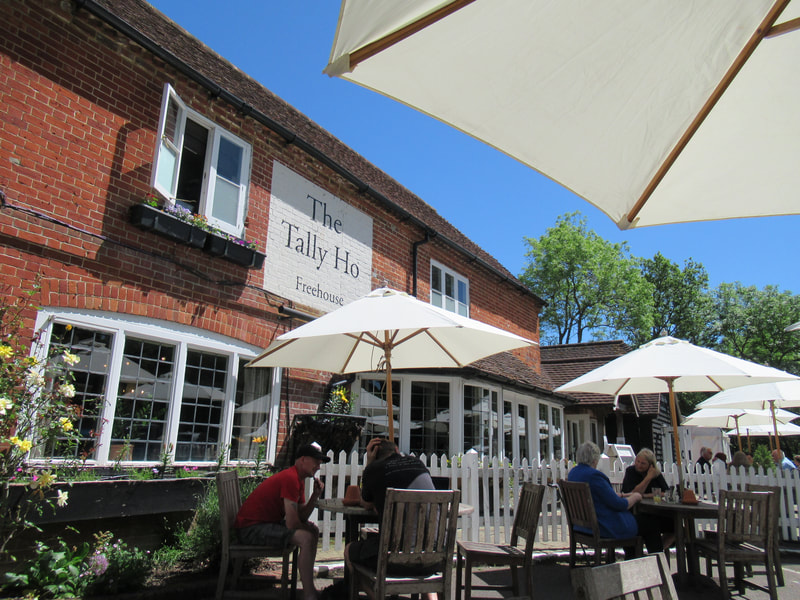 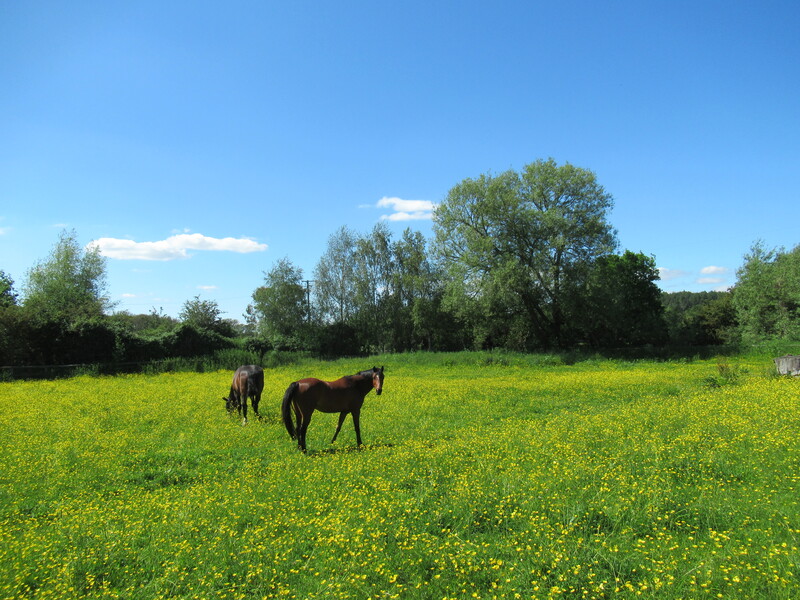 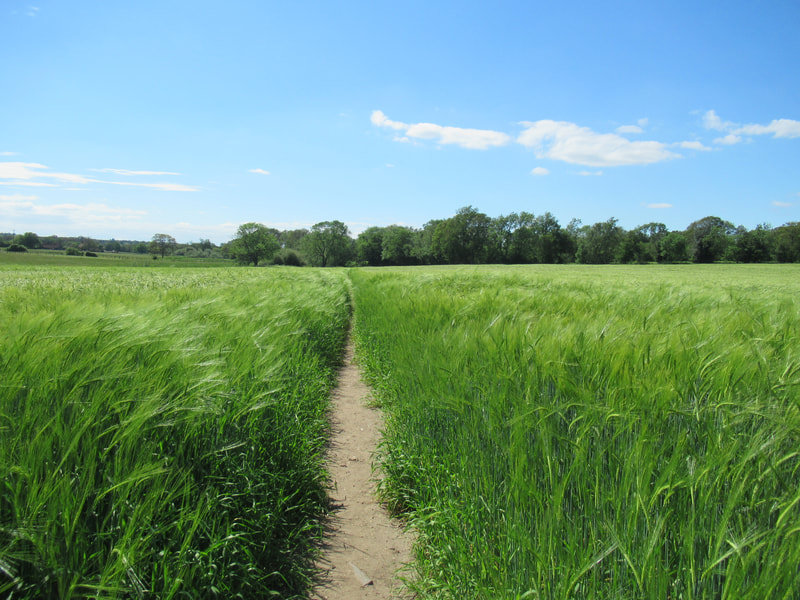 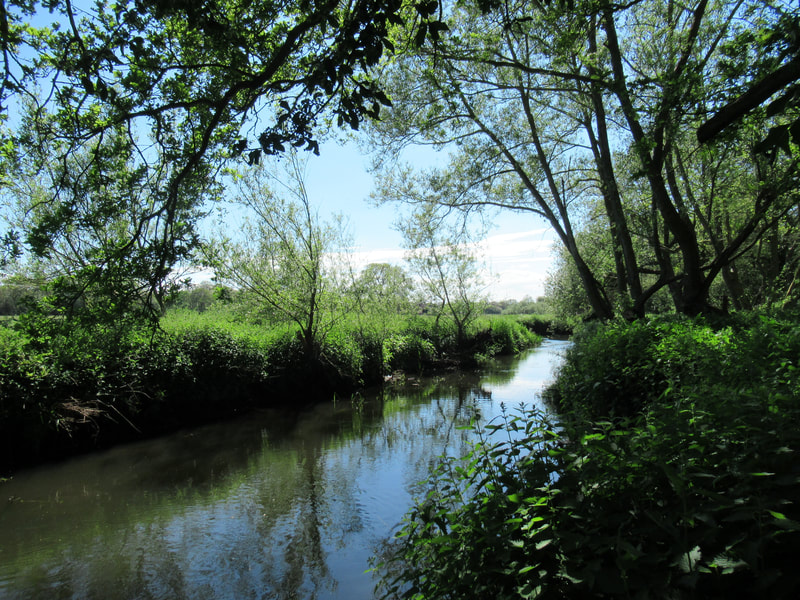