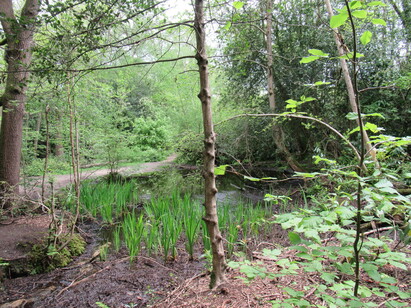 The Source?
Farnham to North Camp
Tuesday 25 May 2021
​
​        Although the source of the river is located in Rowhill Copse, I started the walk in Farnham because I wanted to spend a little time exploring this attractive town. After wandering rather aimlessly through the old town I made my way uphill to view the castle. I was a little disappointed that it was closed (due to a private function), and I couldn't even find a good viewpoint for a photo. So I backtracked down the hill and shortly after entered the impressively large Farnham Park. I followed the footpath that ran straight through the hilly park and was ready for a coffee on the way out. What good luck then that an enterprising young man's coffee van was parked here! Not only did I enjoy an excellent cup of coffee, but we also had a nice chat about coffee and the joys of continental coffee culture. Refreshed, I was ready for the stretch of road walking I had to negotiate before reaching Rowhill Copse Nature Reserve - the official start of the Blackwater Valley Path.
Now, at last I was at the place of the source of the river Blackwater and it was not long before a little pond appeared and out of it a bubbling infant river flowed. The walking here was pleasant but all too soon I reached the roads of Aldershot and the river disappeared from view for while. Happily it wasn't long before it reappeared, and the path followed the river more or less closely as it continued its journey along the outskirts of Aldershot. The walking was pleasant, the lush spring greenery looking splendid when the sun peeped through the clouds. Nonetheless I was pleased when the scenery changed a bit. I needed to coss the busy A331 (a road that was nearly always within hearing distance) via the Basingstoke Canal aquaduct. I did briefly lose my way here as I inexplicably ended up walking back in the direction I came from! That was just before the aquaduct and thankfully I soon realised that the water in the river was flowing in the 'wrong' direction! Back on Blackwater River level there now followed the best walking of the entire day as the river flowed between the lakes of Lakeside Park and the sun lit up the lush vegetation. I was walking happily along the path as it continued pleasantly along the river when suddenly I came to a locked gate!
A path turned left away from the river and then a signpost pointed in the direction I came from. I followed the muddy path for a little while, expecting it to turn right shortly but when it didn't I backtracked thinking I'd gone wrong somewhere. My map was of no help so I asked a fisherman on the other side of a fence for advice and was told that, yes, I did need to go back in the wrong direction and to the other side of the lake, because the owner of the land beside the river from here to North Camp was in dispute with the council and has put up fences!  I resent the way rich landowners can exclude walkers for no good reason. Unfortunately a lot of picturesque fishing lakes are now surrounded by large ugly fences. If there was a pleasant diversion, I wouldn't have minded so much but, after reaching the other side of the fenced in lake, I had to follow the A331 closely at first, and then walk on ugly wasteland and what looked like an industrial access road. When I reached North Camp Station I abandoned my plan to walk as far as Blackwater and took the next train home. I felt quite sad that the walk ended like this but hope that the next section will bring new delights.
My highlights: Wildlife:
Useful information
Transport:  Refreshments: Map: OS Explorer 145 (Guildford & Farnham) 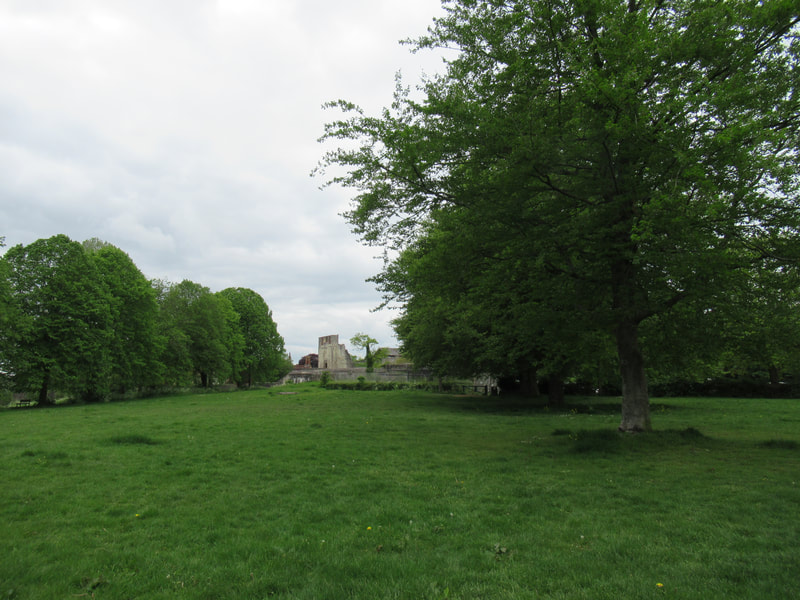 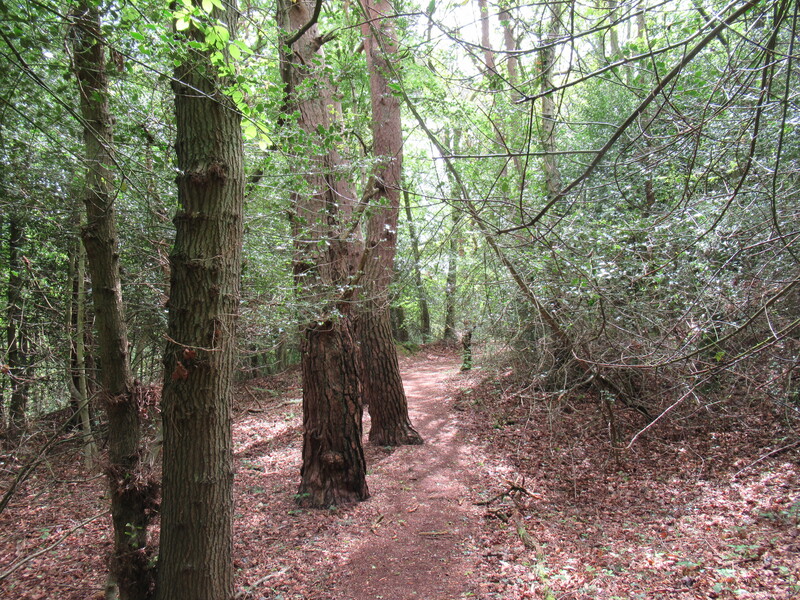 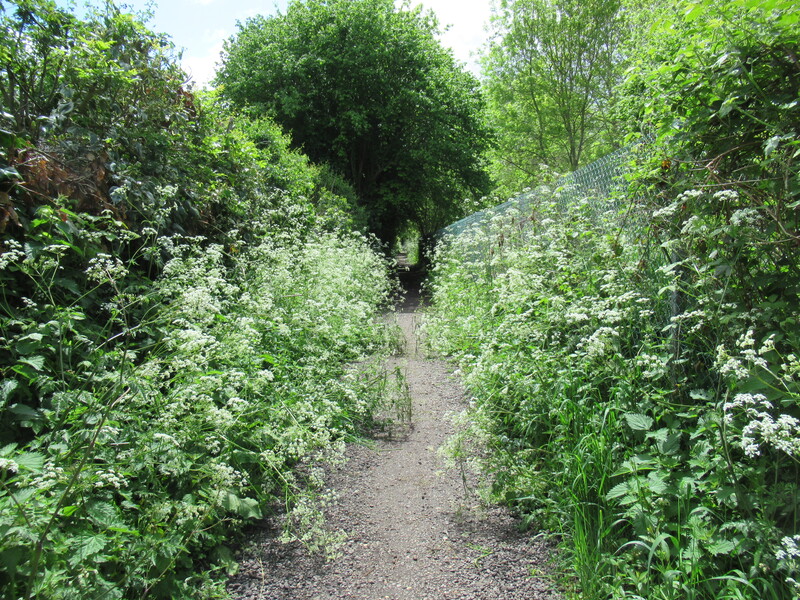 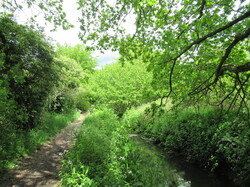 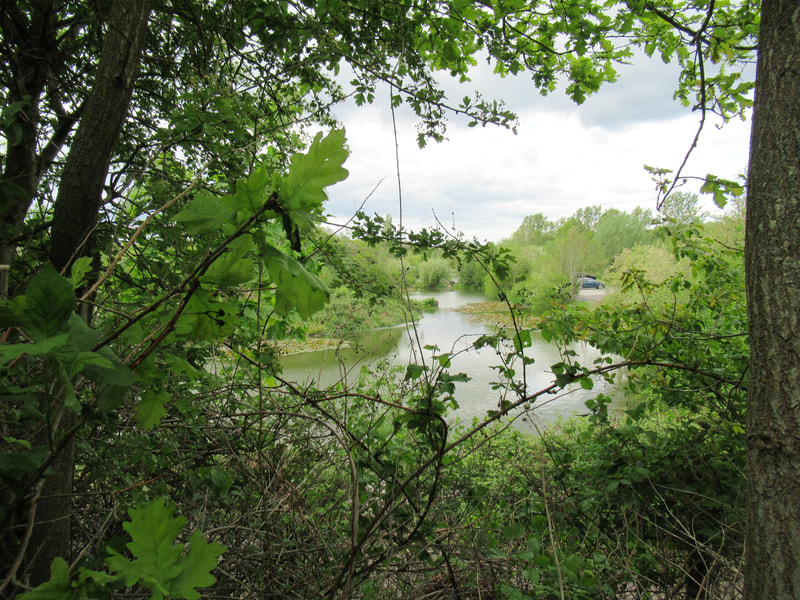 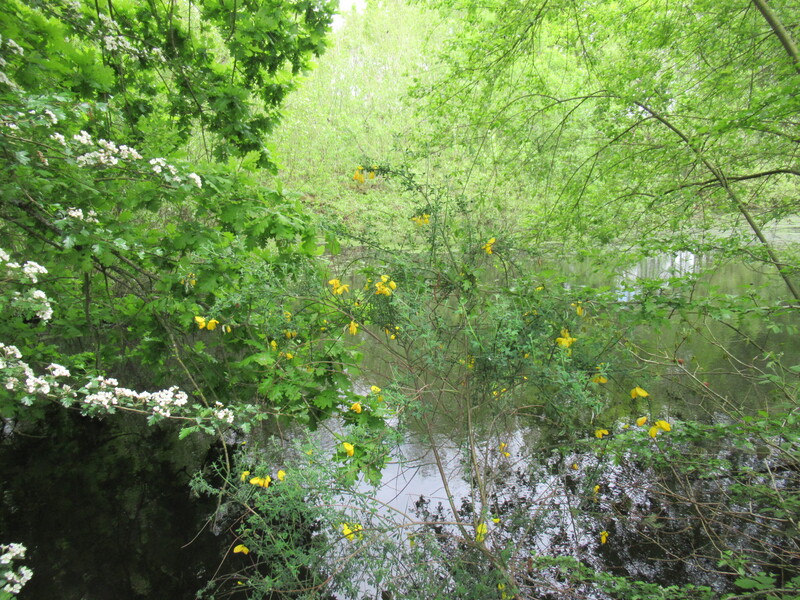