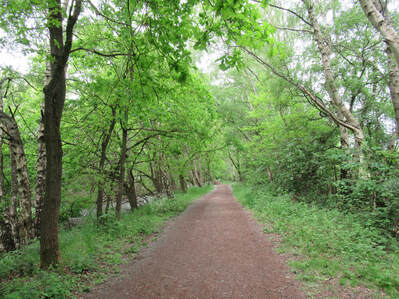 North Camp to Sandhurst
Saturday 29 May 2021
​
I couldn't wait to leave North Camp! It is such a shame that there is no room in this area for a more pleasant path along the river. After the disappointing end to the previous section, I was looking forward to some great riverside walking. However, after a very short section through woodland, the path led uphill to the A331 and continued along a tarmacked cycle path right alongside the road. Thankfully there was a fence between dual carriage way and cycle path but the amount of traffic roaring by made for unpleasant walking. It was a relief when at last the path veered downhill away from the road and towards the river. After an underpass the walk continued between road and river. The walk through Gerry's Copse was pleasant as shrubs and trees obscured the road and, at last, I walked with a smile on my face. I listened to the beautiful sound of birds singing as they did their best to outsing the still obtrusive background traffic noise.
After crossing to the other side of the A331 again, I arrived at a lake that was used as a watersports activity centre. It was a private venture and a sign made it clear that casual non-paying visitors were not welcome. The path now continued between river and lakes but to my dismay I was confronted by more ugly fences obscuring the view. Eventually there was an unfenced lake and a handily placed bench made for a nice early lunch spot. I'd brought my binoculars and spotted a heron on the far side of the lake and an assortment of ducks, coots and a solitary swan. 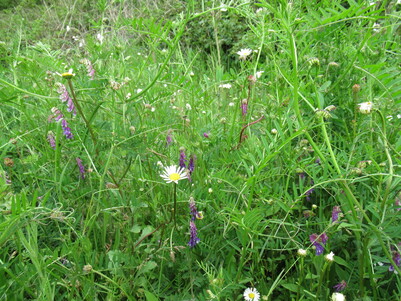 Oasis among A-roads (Frimley)
If the above walk description sounds a bit downbeat, I am pleased to report that immediately after 'getting lost' in a manicured business park in the Frimley area, and having found my footpath again after a bit of backtracking, the walking improved steadily as the trail continued a bit further away from the A331, far enough not to be disturbed by the noise anymore. There was still the need to get past the M3 via an underpass but shortly afterwards I enjoyed some beautiful walking in Hawley Meadows. Most of the grassland flowers were not quite ready to bloom but, having mostly walked among trees and shrubbery since starting this trail, I enjoyed the open space and detoured slightly away from the river. Rejoining the riverside path the river looked lovely and clear - I even spotted a few fish, and was almost tempted to dip my feet into the cool water. Soon I reached Blackwater and, after crossing an enormous road junction involving the A30 and A331 via several pedestrian crossings, I was soon back beside the river, walking through the beautiful Shepherd's Meadow Nature Reserve. Not surprisingly I was not the only person walking here on this beautiful Saturday afternoon, it almost felt crowded!
I was surprised how quickly I arrived in Sandhurst - I even missed the point where I needed to cross a railway bridge to continue along the river. Instead I followed the most popular path, passing a lake and arriving at sports and recreation grounds. From here I could have followed the road to the train station but preferred to backtrack and follow the 'correct' route. There's a pub near the station and rather than waiting on the platform for some 40 minutes before the next train I decided to have a drink in the beer garden. Enjoyed the drink but not so much the loud music and crowd.
My highlights:Wildlife:Useful information:
Transport: Refreshments:Map: OS Explorer 145 (Guildford & Farnham)
OS Explorer 160 (Windsor, Weybridge & Bracknell) 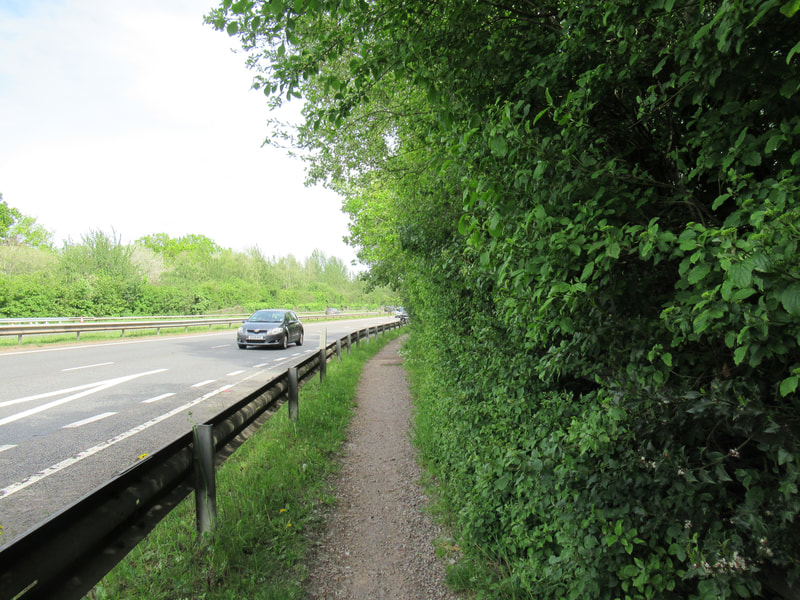 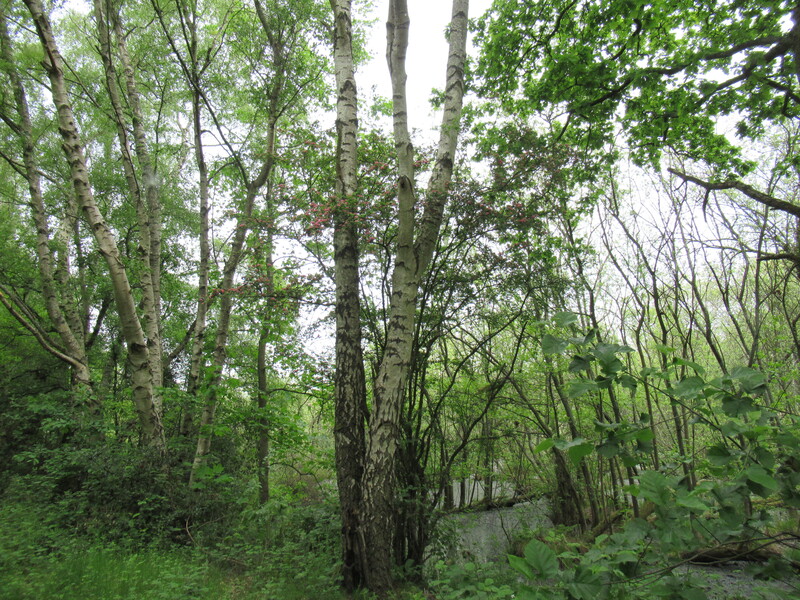 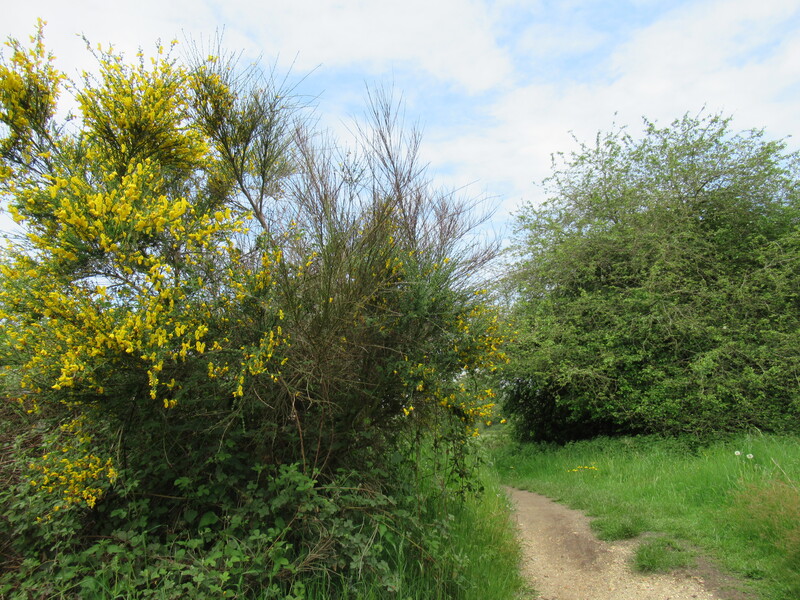 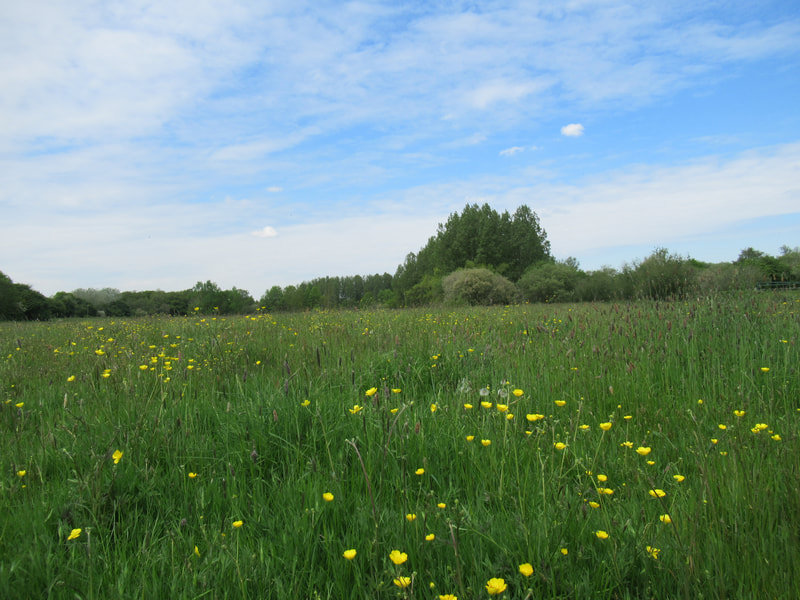 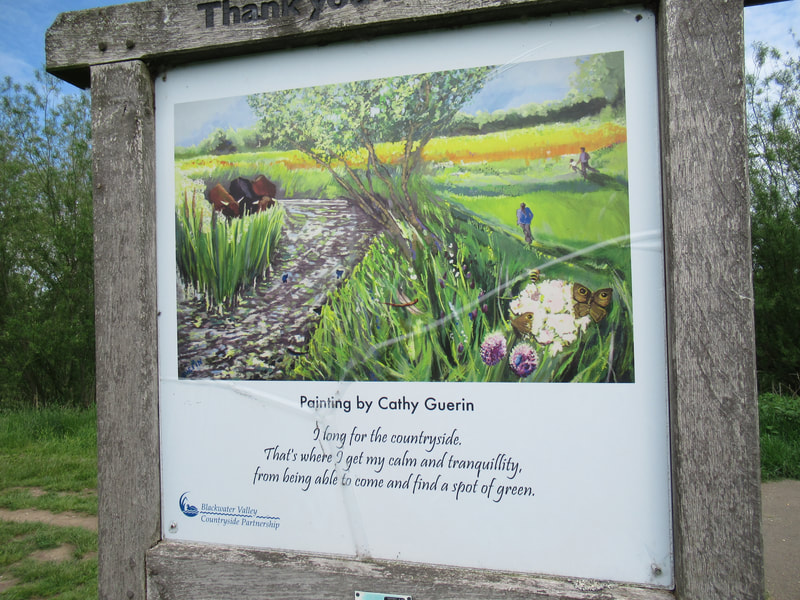 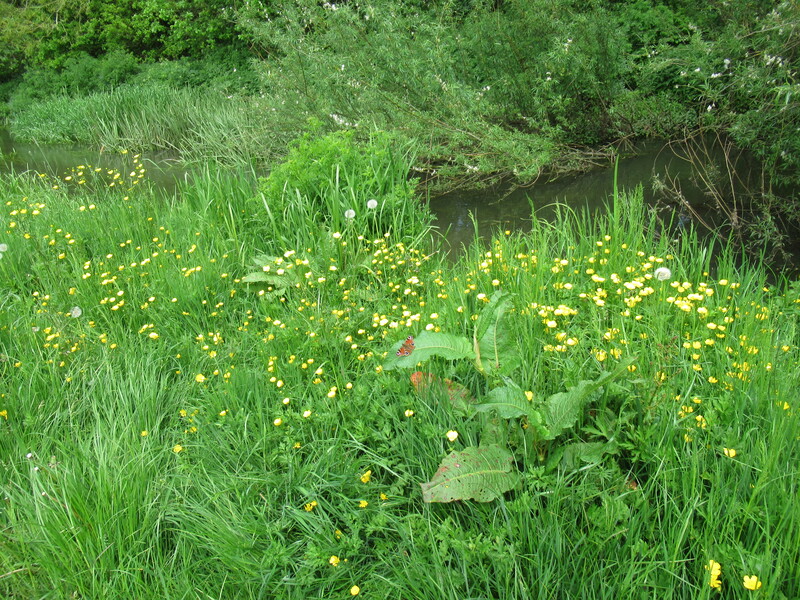 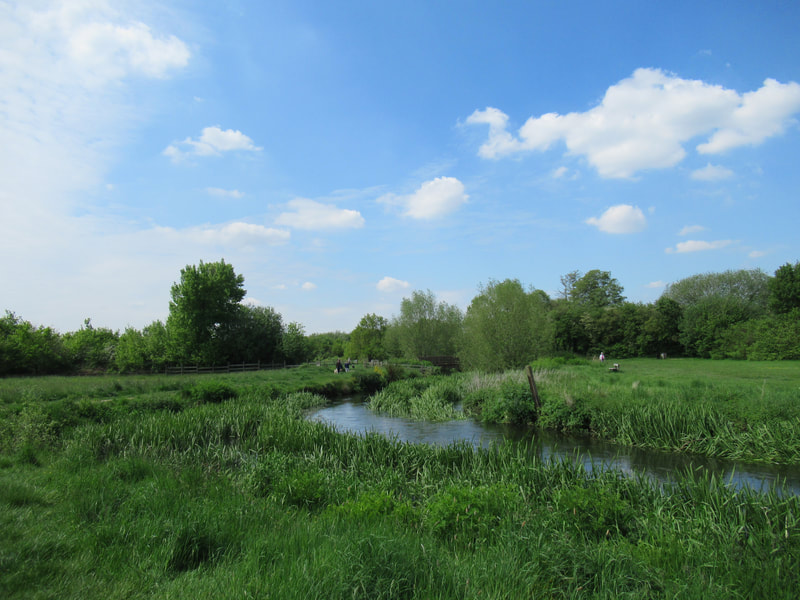 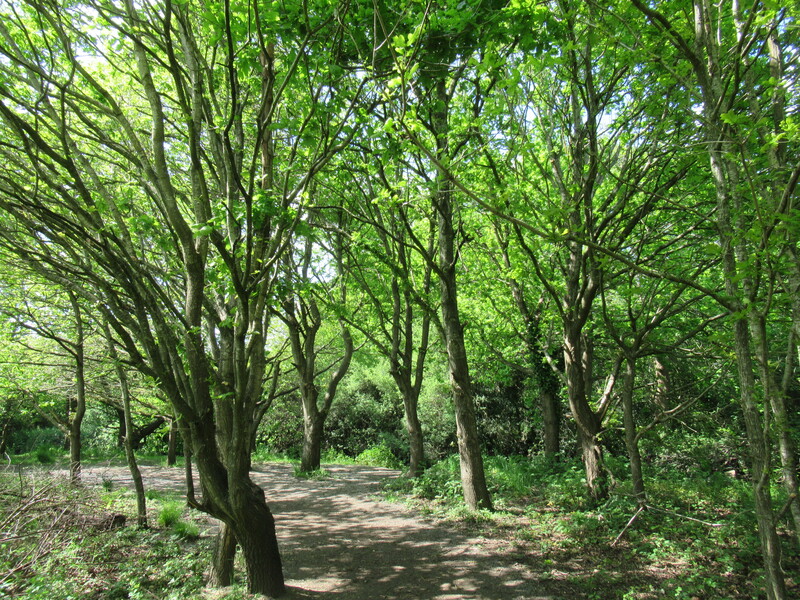