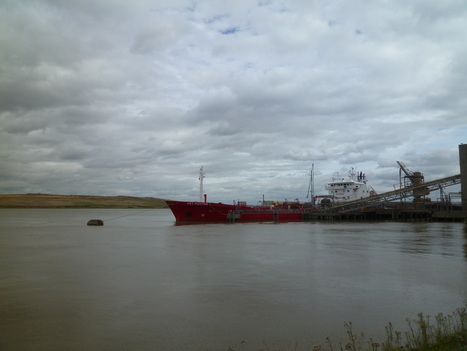 Erith
Sunday 4 September 2016
​
My plan for today was to walk the first section of The London Loop but transport woes made me change plans. Engineering works were taking place to make an already complicated journey even longer and more complicated and so, after much pondering of routes and weighing up pros and cons about different walk and other options, I emerged from the maze of trains at Woolwich Royal Arsenal station and made my way down to the riverside to follow the Thames on its way to the estuary. An unofficial extension to the path conveniently leads to Erith (the start of the Loop).
I was so pleased to finally start walking. The Thames was broad here and after passing modern apartment blocks at Thamesmead and across the river, industry took over, particularly on the far side of the river, with cranes, wharfs and chimneys evidence that I’ve left tourist and financial London behind. Soon I reached the Crossness Engines, a wonderful Victorian sewage pumping station. Anyone who has read my descriptions of the Capital Ring walks will know that several pumping stations created highlights on that route. They were built to improve the sanitation and health of Victorian London but they also stand out because of their architectural styles. A full restoration of Crossness and its engines was completed in 2003 and the Pumping Station now opens regularly to the public for ‘Steaming Days’. A team of volunteers run the engines and visitors can see how it all works and in the process learn a lot about the important part these pumping stations played in cleaning up London. Today was such a Steaming Day but with lots of walking still to do, I didn’t have time for a tour of the engine rooms. I picked up a leaflet though and was impressed by how artistically beautiful the engine room looks – must be well worth a visit. For more information, please see http://www.crossness.org.uk/.
Leaving this fascinating industrial heritage site behind I was soon brought back down to earth as the not too pleasant smell told me that I was now passing a modern day sewage plant. To take my mind off the smell I tried to concentrate on the nature reserve which has been created in this area and I did spot some water birds in the reeds and marshes. Mostly though industry was dominating the views and there were few people about. I was now looking forward to reaching Erith. There’s a pier there and riverside gardens. Perhaps I’ll treat myself to a candyfloss and there was sure to be a café to provide liquid refreshment. Unfortunately, there was no café (there was a pub), no candyfloss, the gardens looked tired and past their best (a bit like mine) and the pier was simply a long metal structure for walking on to get some good views. Seagulls provided some entertainment but I was disappointed by the lack of facilities and candyfloss. I carried on through the town to reach a Morrison’s supermarket. It was now 4 o’clock and closing time so I walked through the car park to a shopping centre where I was pleased to find a coffee shop. Unfortunately, they were closing as well. I saw a petrol station but decided a visit to the automatic toilet down the road was more of a priority. Rather than waste time going back to the petrol station I returned to the path as I still had six miles to go to Crayford Station, the end of today’s walk. I finished the last of my water and ate some dried fruit and, feeling refreshed, I walked quickly to get out of Erith. After the supermarket the path left the river and followed roads out of Erith past scrapyards and other industrial sites. I was not sad to be leaving this rather shabby and disappointing town behind. Perhaps I missed the best bits.
The path now led through Crayford Marshes on a raised causeway. This track is shared with the National Cycle Route 1 (Dover to Scotland) and I did see a couple of cyclists. The walking was quite enjoyable here. Ponies were grazing in the drained marshes on one side and on the other side was the river view with Erith Yacht club, the occasional boat and one large cargo ship, as well as the salt marshes. In the distance I could see the long QE2 Bridge carrying the M25 motorway traffic. I was just able to make out the cars crawling across the bridge. Soon I reached Crawford Ness where the Thames Path Extension walk ends alongside further scrap yards. Continuation of this walk to Crayford is described in Section 1 of The London Loop walk.